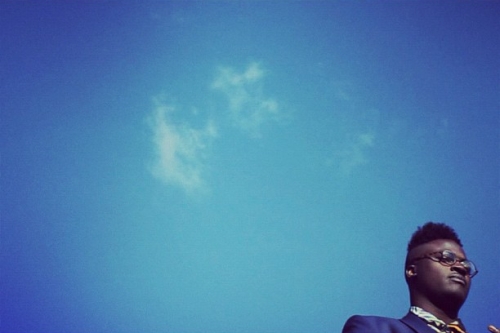 What’s that? You want some music featuring heavy accented male British vocals? Done. Oh really? You want that same song to include an interlude fight from The Notebook? Trickier, but yeah, sure, I can provide. You want it have a minimum 6 beat drops? You’re being selfish now. Kindly take your bad taste and get out.

However, if you’re satisfied with the first two being satiated try on Bipolar Sunshine’s “Fire”.  Adio Marchant, is Biopolar Sunshine, and he wants you to make up your own mind about the song and what it’s about.  In his own words he wants the listener to ” refer it to their own life in any shape of form they want. Instead of me telling people what it is let them make their minds up themselves.”

The first two verses of this song are actually freestyles that simply express how Marchant was currently feeling. A true song of the moment. An aural candid Kodak moment trapped for all eternity by the constraints of broadband networks everywhere.

As for the rest of 2013, the EP should be out very soon and the guess is it will feature “Fire” along with the newer “A Little Sumpthin” featuring fellow blogger favorite FTSE.  Sick and tired of reading awful words mashed up next to one another? Me too but as a respite click play below and fall for “Fire” already.