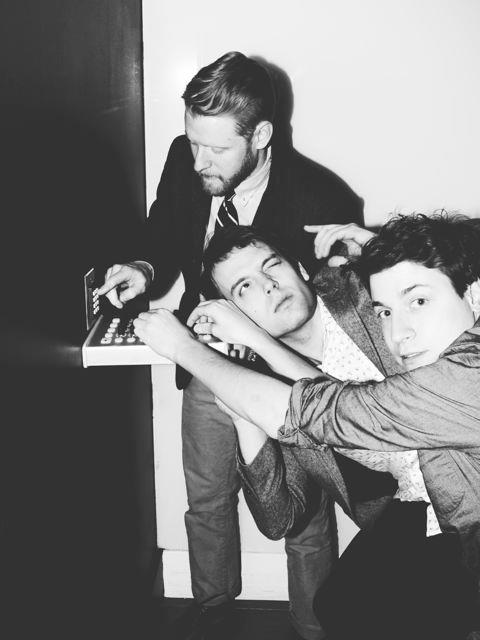 Once upon a time I was at a party.

Good story, I know, and I did find five dollars. Hang on, I do have a point. Let me paint you a picture. This was a rather nice meet and greet kind of party. Subdued if you will. The type of party where you meet people and that is the underlying intent of the entire get together. You know the situation I speak of well. The kind of hoedown where the Temper Trap plays softly in the background and the lights are dimmed to that unoffending yellow-orange hue. Temper Trap, you deserved better.

This is one of a few affairs I tend to shy away from as these forced social situations are generally some of the phoniest human interactions that can go on to shape long standing opinions of us. It’s unfair. Nonetheless, these get togethers happen and are, for the most part, harmless. So, with a beer in hand (full disclosure… it may have been wine) I approached this near albino blonde man in his early thirties. We chatted for approximately three minutes. In those three minutes nothing significant was shared about either one of us, or so I thought. I told him I’m from the Midwest. A seemingly harmless cardboard piece of information to me, but later in this soiree of falseness a moment of uncircumcised truth seeped through. In a corner of the room, in which he thought no one could hear him, I heard him mocking me to one of his friends. In that whiney, high pitched, universal voice people use to mock someone, he said:

“Oooooooo, look at me. I’m from the Midwest and everyone thinks I’m soooo cool because I’m down to earth, and nice, and will work harder than you because that’s just how I was brought up. Oooo, look at me, I plowed a field once so I’m soooo cool. I’m soooo not pretentious and hold good values.” – Breaking mocking voice –  “Asshole.“

Clearly the way I was presenting myself to people at this party bugged him. Perhaps he heard me say I was from the Midwest to someone else, you know, in I an effort to show off and discuss my plowing prowess.

The other night I was watching an episode of the HBO series Girls, where Lena Dunham is back home in Michigan. She looks in the mirror pumping herself up for a date and says, “”You are from New York, therefore you are just naturally interesting.”

Obviously this line is played for laughs and the albino blonde man’s assumption was played for doucebaggery, but it got me thinking, how much do we really put into where people are from? How is that attributable to music?

Today brings us a band called Gemini Club. They have a rather large following as their very good single “By Surprise” from their debut album Here We Sit came out in late February. If I told you they were from Chicago what would you automatically think about them? What assumptions would you glean? If you were the albino blonde thirty something from the party what would you think they sounded like?

I honestly don’t know the answer to those questions. If the band was from Portland or Seattle you could make an educated guess as to what they could sound like. If they were from Atlanta or Los Angeles one could make a few assumptions here and there. Brooklyn?  Maybe they have a larger orchestral sound or are a Cults wannabe. With all of these you could make a guess and be completely wrong but people would understand where you were coming from.

Are they bluesy? Are they friends with the Smith Westerns? Are they a bluesy Smith Western’s? Are they close enough to Omaha that they could sound like Conor Oberst and friends? Where is Illinois anyway? Is it Illi-noy or Illi-noise? (It’s most definitely Illi-noy)

Regardless of the pigeon holing of regional sounds, I’ve thoroughly enjoyed Here We Sit,  but gun to my head I would choose “Can’t Believe You Said That,” “Sparklers,” and “By Surprise,” as the standout tracks.

As far as electronic dance music goes I’m no expert and there’s a chance I may just be another old man in his twenties who sits on his porch shaking his fists at the young whippersnappers making nonsensical noise that hoards of people love.

That being said, Gemini Club is something I can absolutely get behind. “By Surprise” starts with q rather novel idea, an actual recognizable instrument in dance music by implying some simple piano. That’s exactly where I can appreciate Gemini Club. They infuse their electronic dance music with instruments that have actual soul. These guys are musicians first who then manipulate the medium with technology. Not people who saw technology as a way to level the playing field with actual musicians.

At the 3:10 mark on “Can’t Believe You Said That,” when Gemini Club seem destined to descended into overused, and over hyped dub step they instead ascend into a musical experiment that with sudden pauses and breaks in the lyrics along with the music. It’s noise, but it’s noise with a purpose. It’s your favorite rock band, going off on a jam solo in which they take the song to another level and each member is playing their own instrument to the upmost and yet, it’s cohesive.

After I enjoyed the album all the way through a few times is when I found out this twosome was from Chicago. This took me by utter surprise. I don’t know what it means to be a band from Chicago. I don’t know if the Windy City has a stereotypical sound. But I do know, based on that one fact, and that fact alone, these young men are down to earth, nice, will work harder than you, have good values and still plow fields from sunup to sundown. What assholes.